The fact that the problem of autonomy immediately refers to, is even identified with, the problem of the relation of one subject to another – or to others; the fact that the other or others do not appear there as external obstacles or as a malediction to be suffered, […] but instead as constitutive of the subject, of the problem of the subject and of its possible solution; these facts recall what, after all, was certain from the start […] namely, that human existence is multiple [a plusieurs] and that whatever is said neglecting this presupposition is sheer nonsense.

Recalling the French-Greek activist, psychoanalyst and political philosopher Cornelius Castoriadis’ words about other people as possible solutions rather than problems, and, at the same time, evoking both the name and the work of the network No one is illegal, the theme for the 2016 workshop Can a Person be Illegal? Refugees, Migrants and Citizenship in Europe centred on the recent and persistent unsettling events within and on the borders of Europe. In the presentation of the workshop, as in the call for papers and contributions, we asked questions such as: “Are we facing a European union showing itself to be but an association for the already wealthy, the ones who already are safely installed within their citizenship and passports? Or are the political events of recent months – and especially the reactions they have triggered in many different political camps, governmental as well as auto-organised – rather a sign that something fundamental is changing, or at least about to change? A change, perhaps, towards a more profound political and human engagement with the major ideological issues surrounding migration, autonomy and human rights?”

Our idea in the organising committee was to stage a magmatic event, allowing for an explicit friction to occur between different strata of academia, art and activism. In this spirit, we engaged researchers from two international networks: Imaginaires Sociale et Création/Social Imaginaries and Creation, dealing primarily with the legacy and implications of the philosophy of Cornelius Castoriadis, and Lesekreis Cassirers/The Ernst Cassirer reading group, focusing on the philosophy of Ernst Cassirer and its possible developments today; we invited colleagues and friends from Uppsala University, and we asked artists and activists from Belgium, Germany, and Sweden to contribute with their respective takes on our topic.

We would like to thank the Engaging Vulnerability research program (www.engagingvulnerability.se) for generously co-funding this publication. 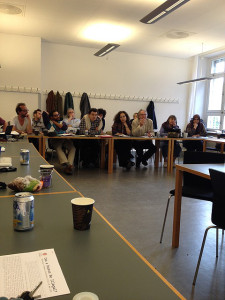 The conference was held at English Park Campus, Uppsala University.

In what follows, we present contributions that all interact in surprising and rewarding ways. They can be approached as strata within an encompassing whole as well as unique and original works in their own right. So, rather than imposing a thematic structure and organisation we have chosen to present the contributions in authorial alphabetical order (with the exception of the introduction) and through representative and central quotations.

We trust you will find the contributions as thought-provoking, enticing and rewarding as we do. 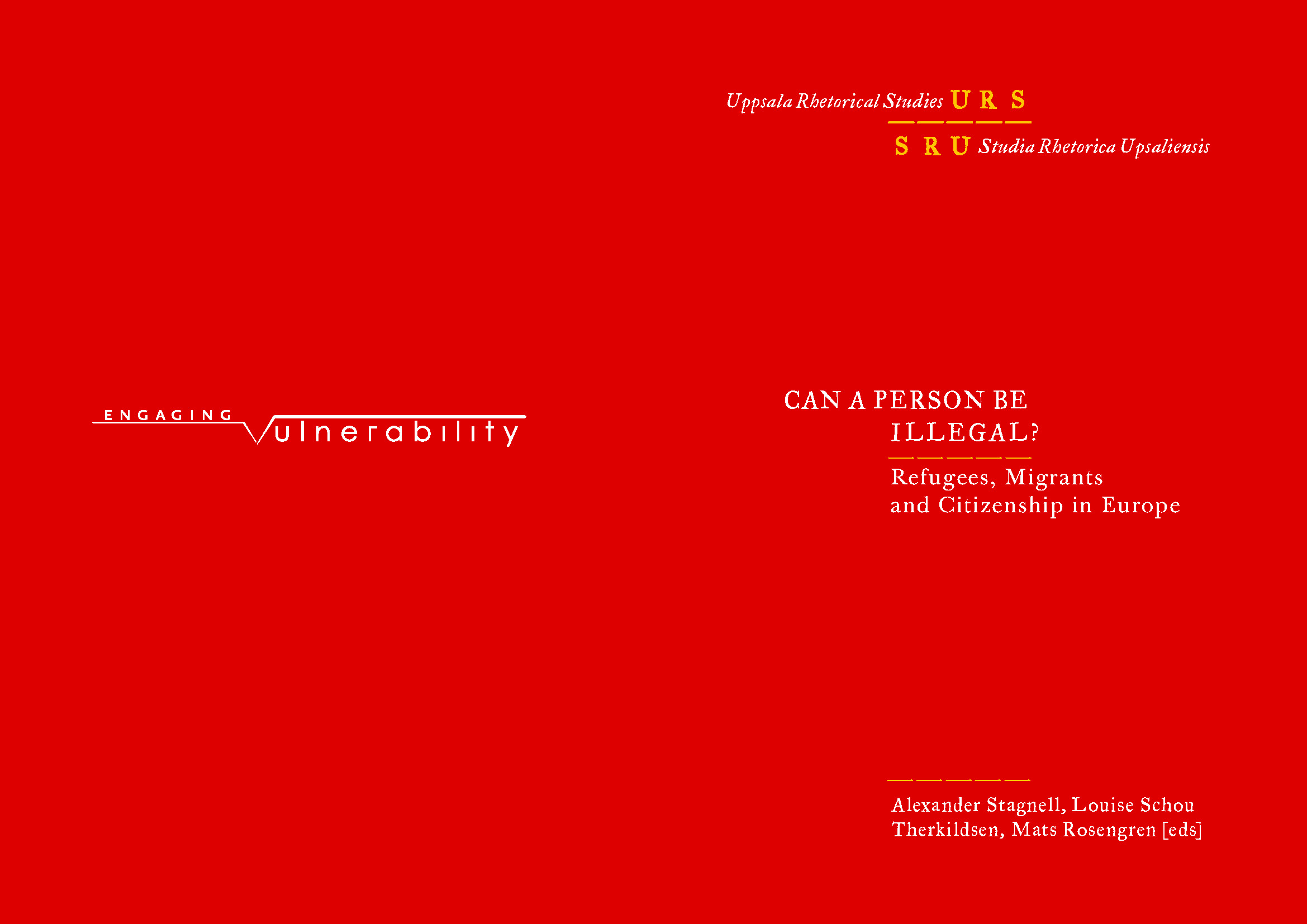 To download a copy of the book, click on the following link: Can a Person be Illegal? Refugees, Migrants and Citizenship in Europe [PDF, 4,7 MB]

Individual chapters are available at the following page: http://www.engagingvulnerability.se/urs-chapters/ 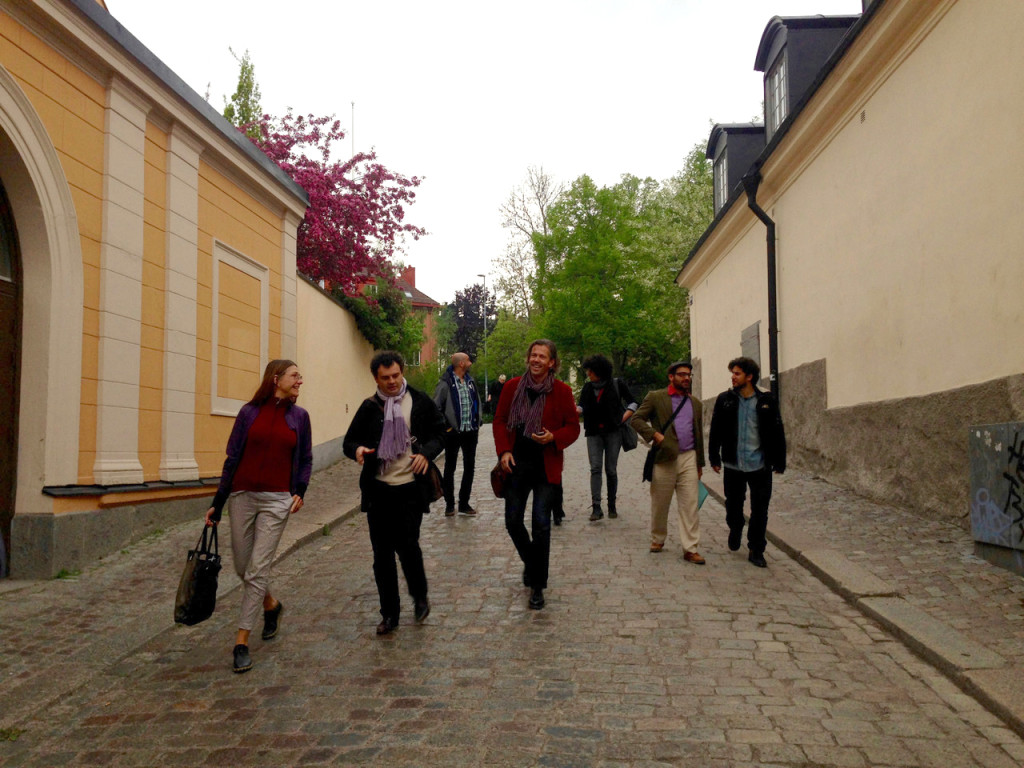 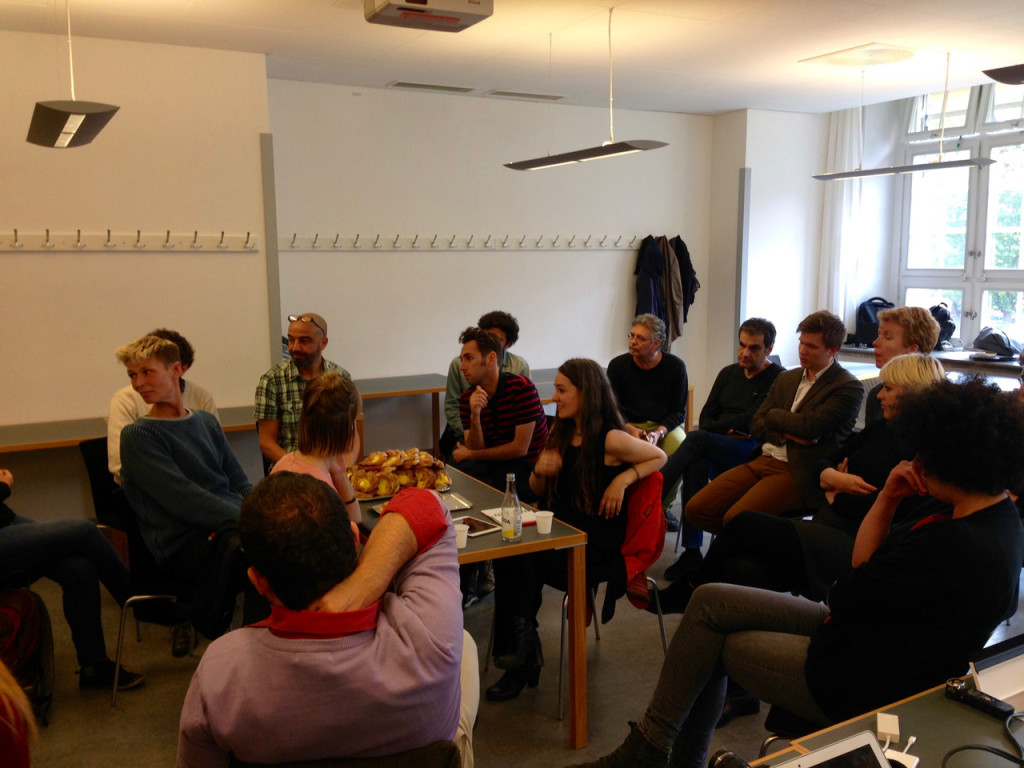 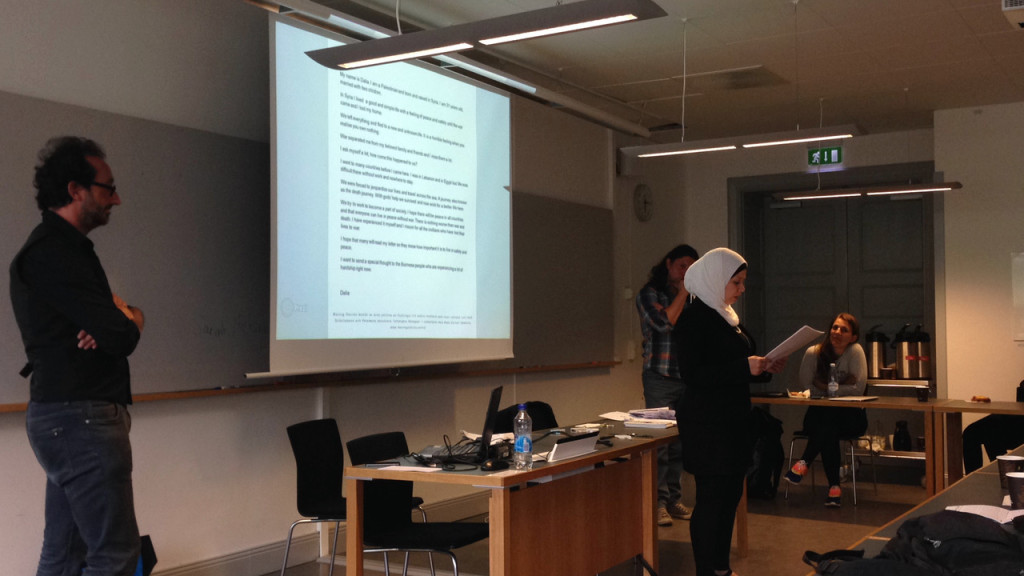 The workshop was co-arranged by the research programme Engaging Vulnerability, the network Social Imaginaries and Creation and the Section for Rhetoric, Department of Literature, Uppsala University.

The conference in the media [in Swedish]